How to Size Pneumatic Actuators

Pneumatic actuators come in many design types, but all share the same need for basic understanding of how their torque operates a valve. Whether you size a valve yourself, or you get someone else to do it, accuracy is critical. Incorrectly sizing an actuator can lead to a multitude of problems. Sometimes an actuator will have enough torque to open a valve but not enough to close it. Sometimes a valve may get stuck in mid-stroke. Other times, an actuator may provide so much torque that it damages the stem of the valve which it is operating. 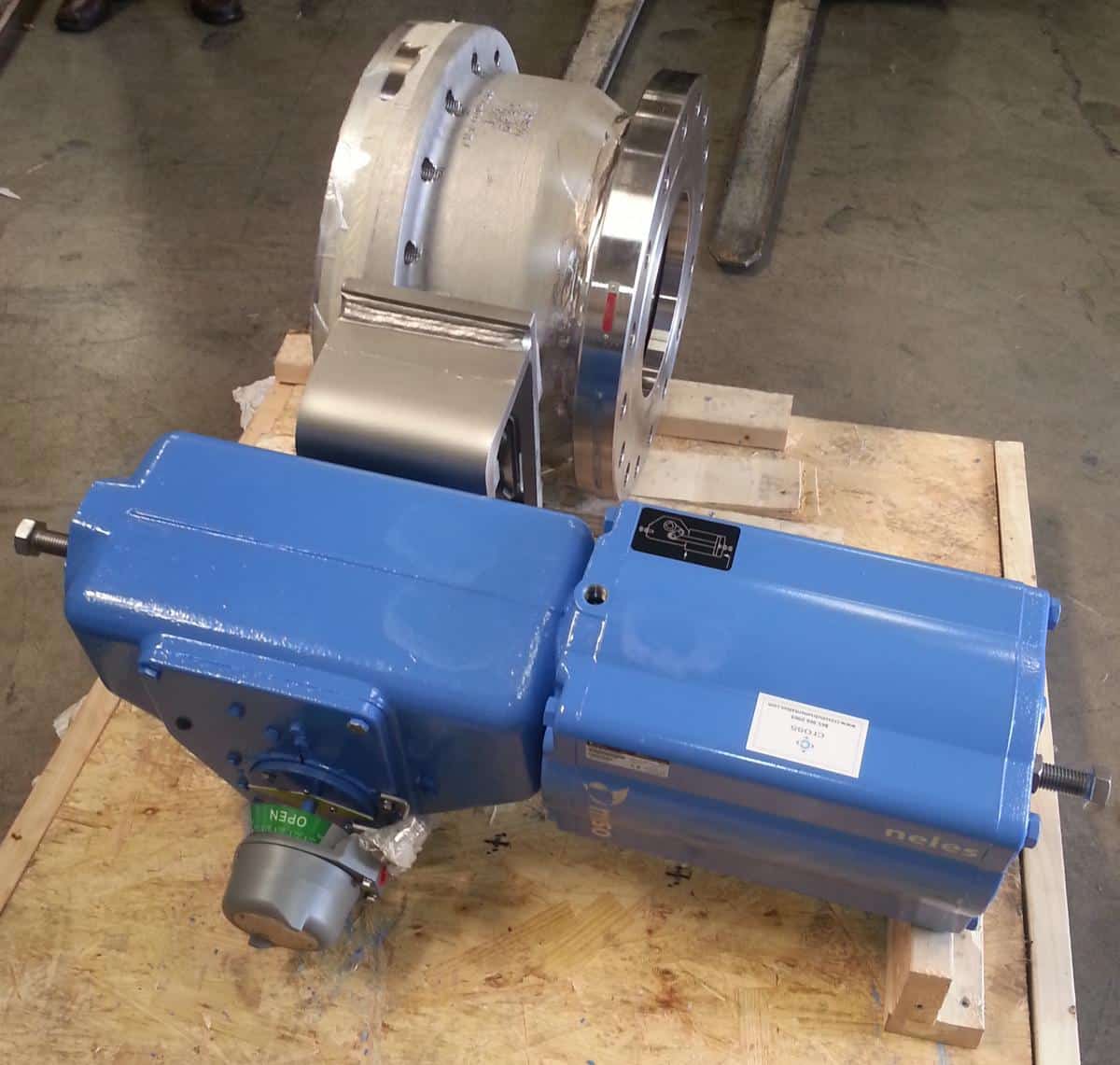 When sizing an actuator, first consider your valve’s torque requirements. This includes:

A few more terms that your should be familiar with include:

Sizing an actuator by understanding torque

Before you size an actuator, check with the valve manufacturer for their valve’s torque requirements in your service.

Most manufacturers will publish a minimum torque required at a given operating pressure to open the valve in water service. In most instances, closing torque is the same as opening torque. Others will only publish the torque required at maximum operating conditions. Rarely do valve manufacturers publish the running torque of their valve. In any case, you may not have enough information to properly size an actuator even with the published torques based on what type of actuator you chose. Be very careful to also consider what media is flowing through the valve. Some services will increase the torque required to operate a valve. Also, consider if your customer requires you to add a safety factor to the valve torque prior to sizing an actuator.

The actuator’s design will affect the sizing. Rack and pinion actuators produce a constant torque output throughout the stroke. Scotch yoke actuators produce reduced torque in its mid-stroke. Please look at the manufacturer’s published torque outputs and make sure you are aware of the torque signature of the actuator. A Spring return actuator has reduced torque the further it is operated because it is overcoming internal springs that are used to return the actuator to its initial position once air is removed. You will need to know your customer’s real air supply available at the valve in order to properly size an actuator. Just because their compressor is set at a certain pressure, does not mean they have the same pressure at the valve.

Some basic terms to know when discussing actuators include:

Single acting – Fail Open or Fail Closed. Actuator with internal spring that will return the valve to the initial position on loss of air supply. Also known as Spring Return.

Double acting – Air is required to open or close the actuator. The actuator will fail in place with the loss of air supply. Also known as Direct Acting.

Start of air – The amount of torque produced by the air supply to the actuator to start a movement from the normal position.

End of spring– The amount of torque that the internal springs provide in the normal position with all air pressure removed. In this position, the spring is considered to be in its relaxed position (with a pre-load).

Minimum air – Lowest torque valve of the actuator produced by the air supply. Depending on actuator type, this may be the same value as end of air. Other times it may be the mid-stroke position. Please refer to actuator’s manufacturer.

End of air – The amount of torque produced by the air to hold the actuator at its end of travel position.

Start of spring – The amount of torque produced by the internal spring at the actuator’s end of stroke position. This is the force the actuator will supply as the air is removed and the actuator reverses directions from its end of travel position.

Some people want us to size their actuator, but many people prefer to size their own actuators. The following charts will help you gather and document the information you will need to properly size your actuators.

When sizing a double acting actuator, fill in the following chart:

When sizing a spring return fail closed actuator, fill in the following chart:

The valve torque must be the lowest value in each row. MAST must be higher than any other torque value in the chart.

When sizing a spring return fail open actuator, fill in the following chart:

The valve torque must be the lowest value in each row. MAST must be higher than any other torque value in the chart.

The great news, is that our experts are happy to help you determine exactly what you need for your application. Contact us today to speak to one of our experts!

Start a Conversation With A Cross Expert