The Pros and Cons of Virtualizing a Control System

I often find myself being asked, “Why should I go virtual?” My first thought is why wouldn’t you!? I’ll start out by listing the pros and cons of virtualization.

The Pros of Virtual Machines

Many of the pros are related to the VMware ESXi/Sphere platform. They’ve done a great job of packing high availability features into their product:

The Cons of Virtual Machines

Things To Think About

Use In The Real World

I’ve found myself doing a lot of APACS virtualizations lately. We take images of the existing system and virtualize the RIS, Batch, and Engineering stations. Depending on the application, we’ll do physical machines or thin clients for the operator stations – this usually depends on if the customer is running dual monitor or not.

With the old process suite, you had to span your displays so it looked like one large display. As I’m sure you’ll recall, the OS’s for these systems are Windows 2K. We’ve found that XP SP2 will work just fine with Process Suite clients, and there are still some systems out there that will run Windows XP. Obviously having outdated operating systems is not a good idea, but sometimes you just have to do what you have to do when you’re weighing the cost of either replacing all your hardware/software and re-writing it all from scratch or migrating forward to PCS7 for APACS OS.

In the end, virtualization does not absolve you from maintaining a system. You still must physically monitor the state of the hardware.

But, it does reduce the number of physical machines you’ll need to monitor. Some applications are better suited for virtualization than others. I’ve personally virtualized APACS, Rockwell, Wonderware, Iconics, and Ifix Platforms. Siemens has just begun supporting virtualization of an entire system (except a historian). We were fortunate to have the first that was built and used in the USA. These days, most newer software packages are designed to be able to be virtualized. Many of the older platforms also play well, I’ve personally found very few things that didn’t work in a virtual environment.

See how our team can help improve quality, increase efficiency, and reduce risk 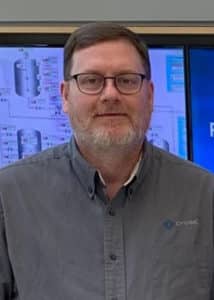 Ronnie started his career in the Air Force including time as a Crew Chief of an F-15 fighter jet. That knowledge gained about valves

Brooks Instrument Sho-Rate 1250/1255 Series flowmeters are engineered with an EZ Change design that’s easy to service in the field. Check out the video!

The Process of Pulp and Paper Production Have you ever wondered how paper and paperboard is made? Take a look at the latest application

Please Join Us for a Webinar: Intro to Bedrock Open Secure Automation Bedrock Automation has developed the world’s most robust, powerful and cyber secure 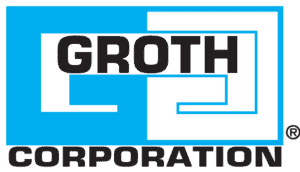 Cross is an Authorized Groth Assembler

Cross Assemble To Order Valves We are pleased to advise you that Cross is now an Authorized Groth Assembler. The trusted brand that you’ve

Hughes Safety Showers Can Help You Stay in Compliance

Safety in the workplace is critical. When dealing with hazardous work environments, it’s imperative that you have safety showers and eyewash stations available in

Migrating to the Open Secure Water Plant – A Bedrock Automation Case History In 2021, a hacker made it into the Oldsmar, Florida water

Does your facility require monitoring water use efficiency? Did you know, U.S. executive order 13514 was put in place back in 2009 to regulate

Sign up for our newsletter to get industry trends, educational content, and product updates, the way you want to receive them.