Times are changing in the mobile hydraulics world with the integration of electronics into hydraulic systems. Many people have felt the effects of Tier 4 and all the additional electronics, wiring harnesses, and displays that have been forced upon them with these regulations. To better understand Tier 4 and the requirements that go along with it please check out, “What Are Tier 4 Diesel Engine Standards And How Do They Affect You?“

The result has been a hesitance to build their machines with larger diesel engines in order to stay under the Tier 4 requirements. At the same time, manufacturers feel like they are being forced into using electronics on machines that have always been manually operated. A lack of understanding of electronic controls, along with the added cost, has made electronics a scary realm that many do not want to wander into. Hydrostatic pumps can actually benefit greatly from the addition of electronics. An electronically controlled hydrostat can provide a cleaner set up that is less labor-intensive to install, has fewer leak points, and is more responsive with an endless number of optional system features.

A manually controlled hydrostatic pump is very user-friendly because you know what you’re going to get from the pump in direct correlation to your input. An operator feels in complete control because they are stroking the swashplate on the pump by manually engaging it through a lever on the pump. The misconception that you cannot have the same amount of control or “feathering” with an electronically controlled hydrostat is very wrong. In fact, an electronic proportional controlled hydrostat can give you more control than a manual hydrostat because you can remove any lag or play that is commonly found in manually controlled systems. This responsiveness can also be tailored to correlate with engine speed so that you are able to be more responsive on low RPMs for fine feathering and then less responsive for a smoother control at higher RPMs.

With the addition of the electronic controls on your hydrostat, the cost of your pump will increase. You will also have to add a controller and electronic joystick/foot pedal for sending your command signal along with a wiring harness. The sticker shock of these components compared to a standard manually controlled pump can scare off most customers. But before you jump ship, you should understand that this isn’t really an apple-to-apple comparison.

To better understand the comparison, you need to do a full cost analysis of your manually controlled system including hoses, fittings, and installation labor costs. To show an example of this, we recently removed a manually controlled hydrostat from a system and replaced it with an electronically controlled pump. The image below shows all the components that went into the manual system. As you can see, the amount of time to install all of these hoses and fittings, along with the control levers, would be quite extensive. These components no longer exist on the electronic system but are replaced by a wiring harness that connects the joystick/foot pedal to the controller and pump. The physical footprint of these components is also significantly smaller than the manual set up. Another aspect to consider is all the leak points (43+) that are removed from the system. As you can see, the cost gap between the two systems decreases significantly when a full analysis of the manual control system is taken into account. To offset or justify the rest of the additional cost, you must look at what other features you gain by adding electronics into the system.

Many additional features and benefits can come from using an electronically controlled hydrostat. A common concern with electronics is having to troubleshoot your system when something goes down. A small display can be added to the system or used as a service tool that communicates directly with your controller and can call out any errors the system is showing. This display can also be connected to your engine which gives you the ability to read engine fault codes. If a display was incorporated into the system design, many if not all, of your gauges warning lights and signals could be completely eliminated. This both gives you a cleaner set up and usually removes some cost from the system. At the very least, the cost should equal out.

Another benefit is the elimination of user fatigue. Manually stroking and destroking a pump puts a lot of strain on the operator and over time causes fatigue. This is not an issue with an electronically controlled pump. The resistance felt to control the pump’s swashplate is only governed by the spring force in the joystick/foot pedal. This force does not change when the pressure on the system increases or decreases, unlike a manually operated system.

Incorporating electronics into hydraulic systems is the way of the future, but it doesn’t have to be viewed as an overwhelming task to get started or a negative change to your machine. There is an investment to change over to an electronically controlled hydrostatic pump, but it is not as significant as most people think and the added benefits that come with the new system can quickly outweigh the additional upfront cost.

To discuss converting your manual system to an electronically controlled pump, contact us today. 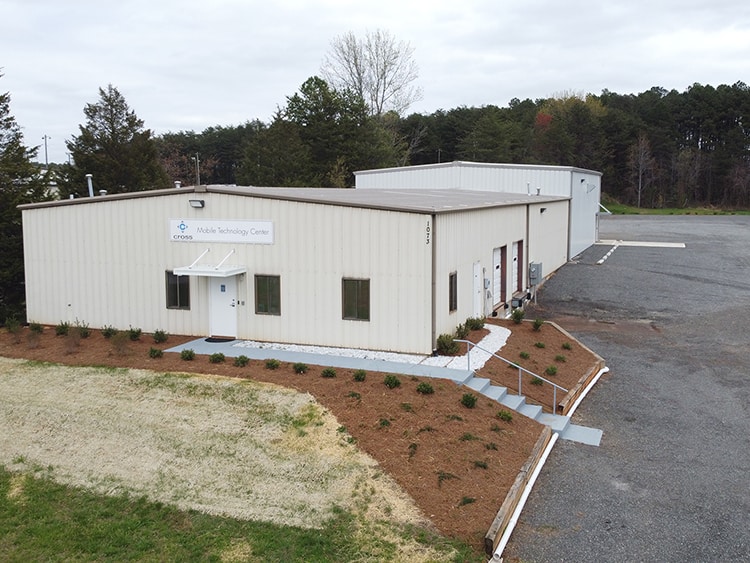 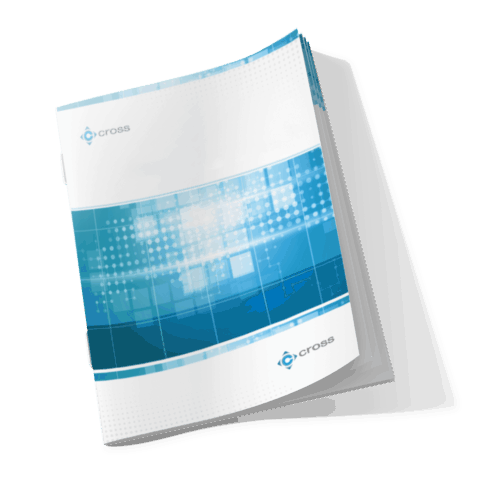 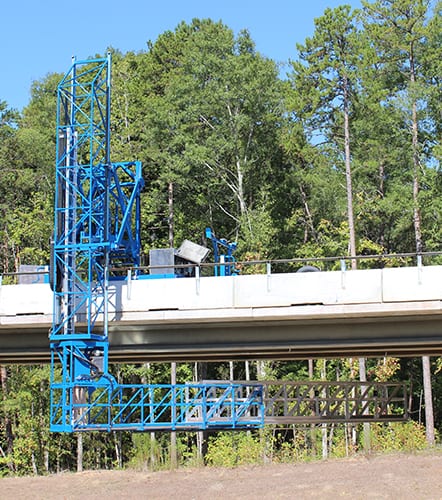 Recently, Cross worked with Anderson UnderBridge to help develop a solution for under bridge inspection and that equipment will be featured at World of

We have an exciting announcement for Cross Company, and our Mobile Systems Integration (MSI) Group that we would like to share with you. As

Take a look at our December 2019 Mobile Systems Integration newsletter! Topics this month include:  Avoid Tier 4 Requirements by Using a Hybrid Drive

Take a look at our November 2019 Mobile Systems Integration newsletter! Topics this month include:  Custom Hydraulic Reservoir/Power Unit Design – Is this the

Take a look at our October 2019 Mobile Systems Integration newsletter! Topics this month include:  Case Study: Engine-Mounted Generator Improves Efficiency and Creates a

Take a look at our September 2019 Mobile Systems Integration newsletter! Topics this month include: ICUEE 2019 is Just Around the Corner! Cross Company 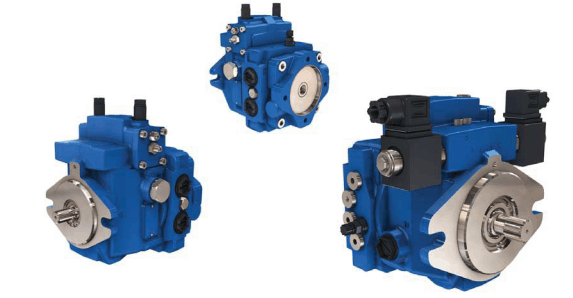 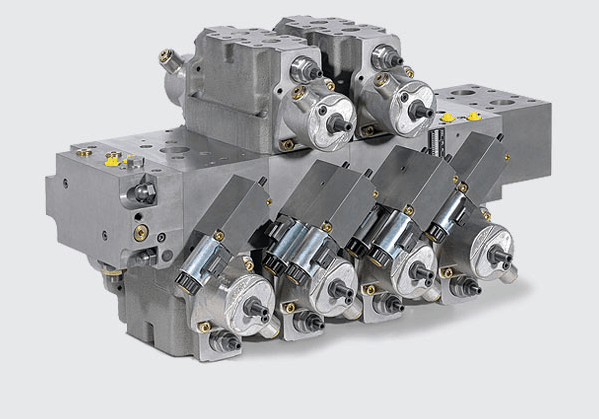 David Saunders | November 26th, 2018 In Mobile Hydraulics, we most commonly encounter actuator flows from fractions of a gallon per minute (gpm) to around 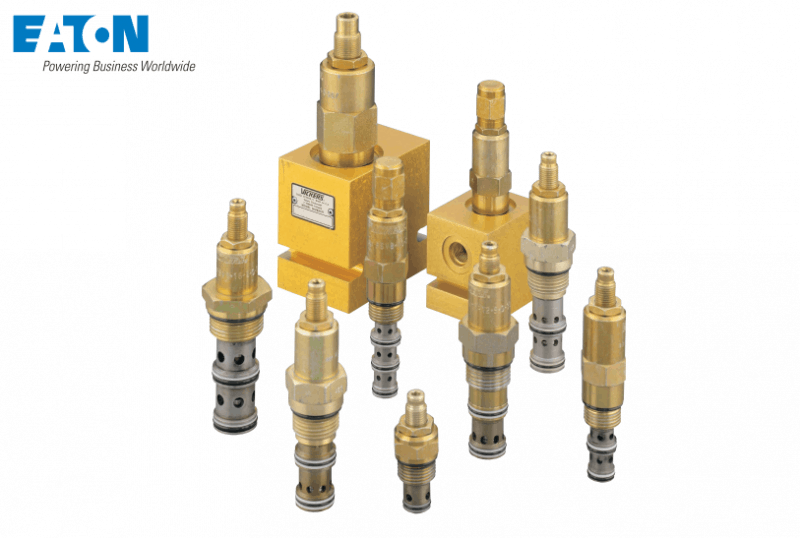 Relief Valves: Why One Is Not Enough

Paul Badowski | November 5th, 2018 Hydraulic oil can do an incredible amount of work very efficiently. It can also cause extreme damage to pumps, 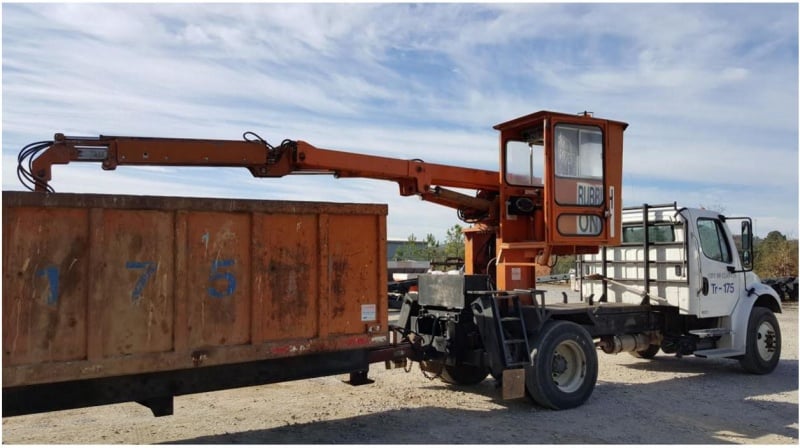 Zek Grantham | October 23rd, 2018 Not all motors are created equal. This is important to remember when picking out a motor for your hydraulic